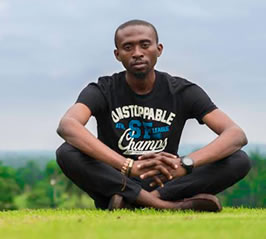 He had his first degree in Forest Resources Management from the University of Ibadan, and a Masters Degree in Marketing Communication from the Pan-Atlantic University. Seyi also possesses several certifications in Oracle Database management and he’s also Autodesk certified. He was Awarded “Best in Show” when he attended the Miami Ad school, Berlin.

Seyi started in career in banking from which he moved to a multinational FMCG and then he found his love in Advertising.

He has worked on several brands and won multiple awards for his works on most of them. Some of the brands he has worked on include;Guinness, Orijin, Johnnie Walker, Indomie, Paga, Access Bank, GOtv, LG, Power Pasta, Smirnoff, Snapp, Harp,Glo,Dulux,Hypo,Chicken Republic,SWIFT Networks and a host of others.

For more information on him you can visit his website: www.seyiowolawi.com